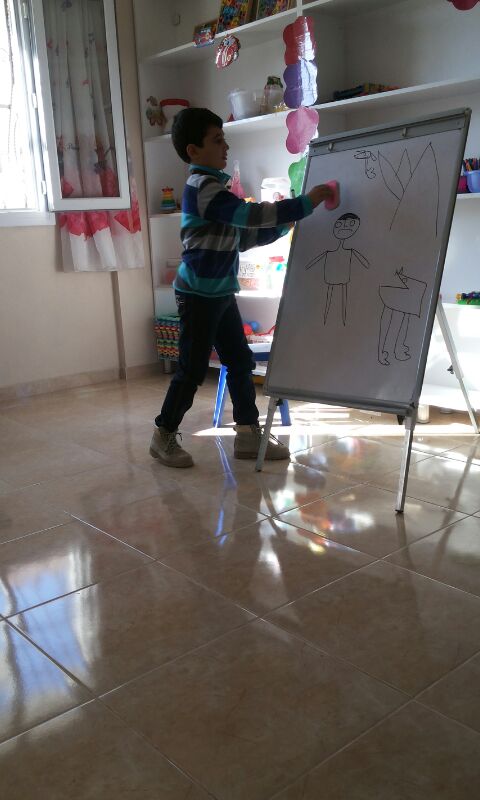 The children in Syria have witnessed too many atrocities in the past five years. No child should ever have to  bear witness a scene so brutal, so violent, that it could literally cause one to go into a state of shock from fear and distress. But yet again, a young child has been a part of a horrific, terrifying ordeal.

Omran is a nine year old boy from Dayr al Zour in Syria. One night when he was asleep with his family in his home, armed forces broke into the boy’s home in search of his father, once they found him they took and detained him. Out of fear of the return of the armed forces the rest of the family left the home and ran away to another area nearby.

The scene that left a scar on this child’s heart… the unforgettable scene that caused an unlimited amount of pain, fear, and terror was when young Omran witnessed the same armed forces that had detained his father, cutting off people’s heads and then dumping their lifeless bodies on top of each other, into cars.…

Time would pass and Omran’s father would be released, which led the family to seek refuge in Turkey. After a while Omran’s family started noticing patterns of distress and instability and signs of mental issues. Omran was taken to UOSSM’s Mental Health and Psycho Social Support Center in Reyhanli, Turkey. Young Omran was diagnosed with post-traumatic stress syndrome and has and is still receiving treatment and support from the center.

Time will only tell if Omran will be able to fully get past the violent scene he witnessed but with your help and support, UOSSM’s dedicated staff will do everything they can to help heal this young boy from this terrible ordeal.