The Heartbreaking Story of Qasem 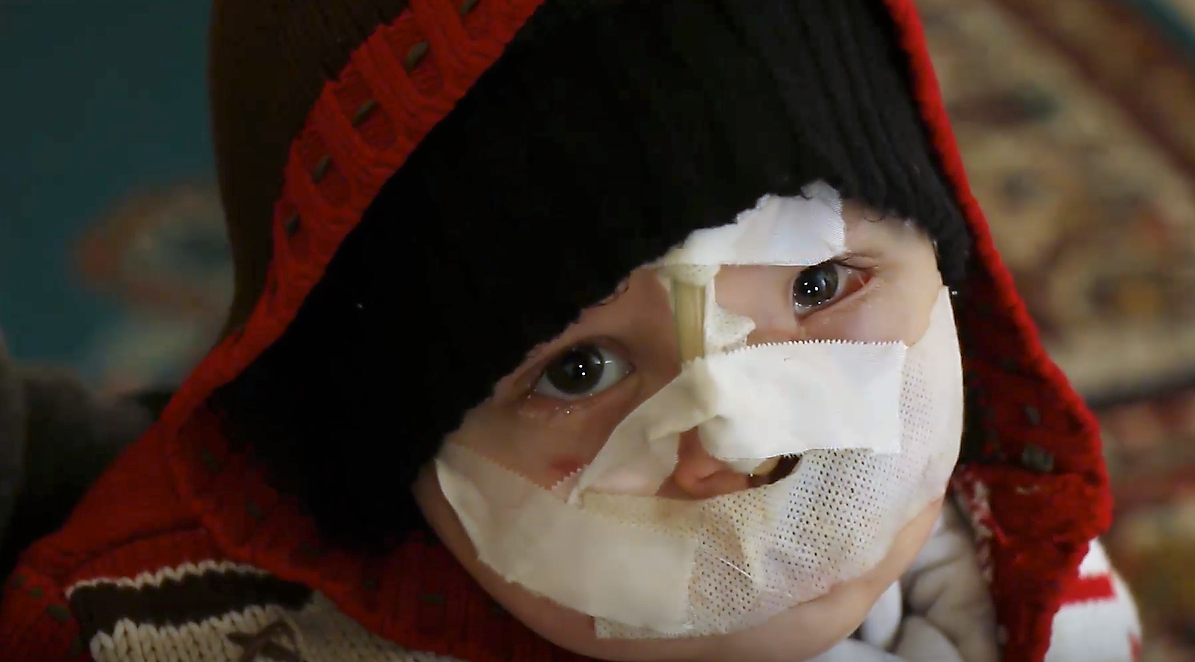 Qasem is a one-year-old baby who was with his mother in a market in Hamouria, Ghouta when it came under an airstrike attack. His mother was killed in the attack, along with 18 other. civilians. Qasem received extensive injuries in his left jaw, which left him unable to eat, speak or even express his pain;except for the tears that roll down his precious face. To make matters worse, Qasem is in an area with hardly any access to medical care; he is in the besieged area of Ghouta. 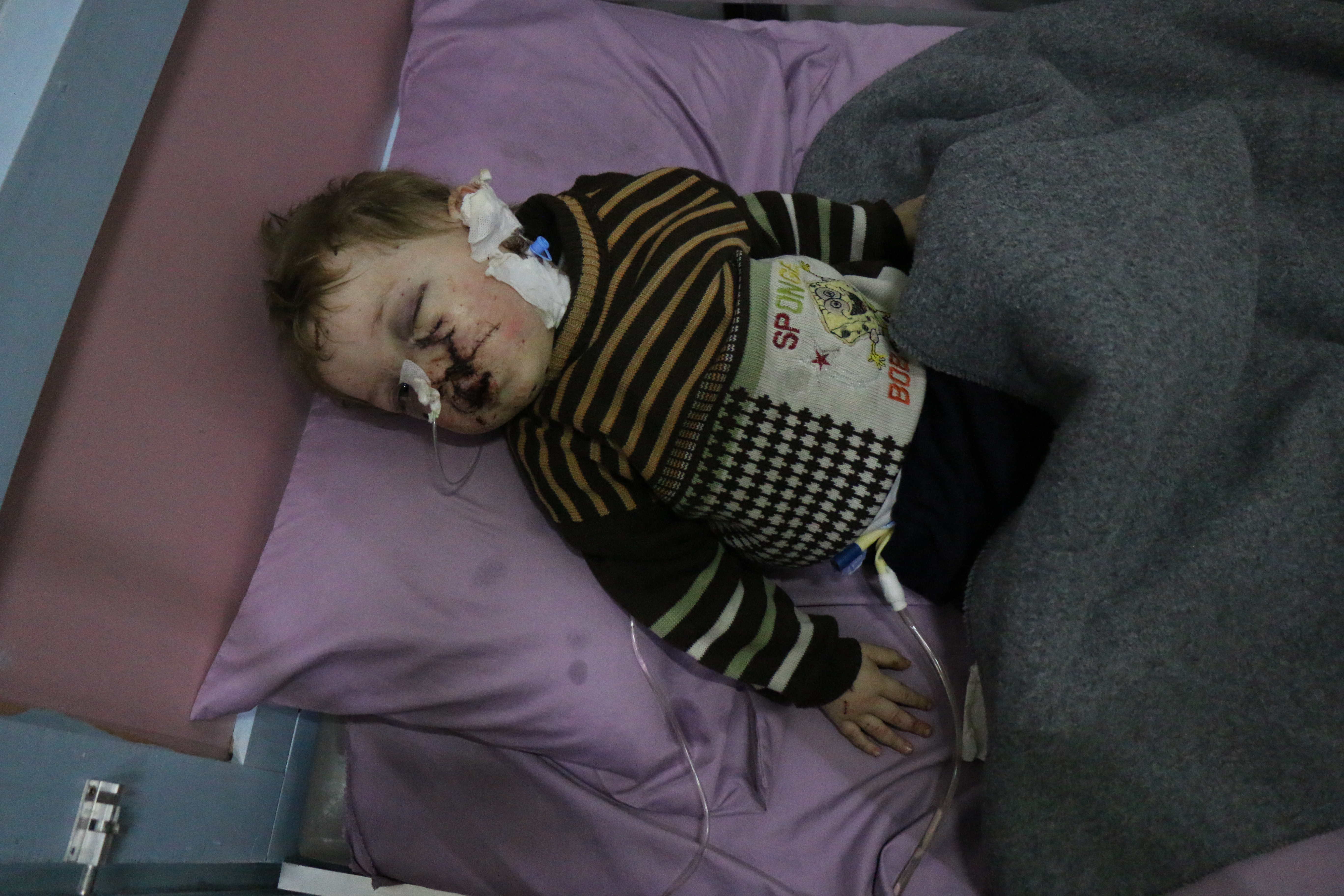 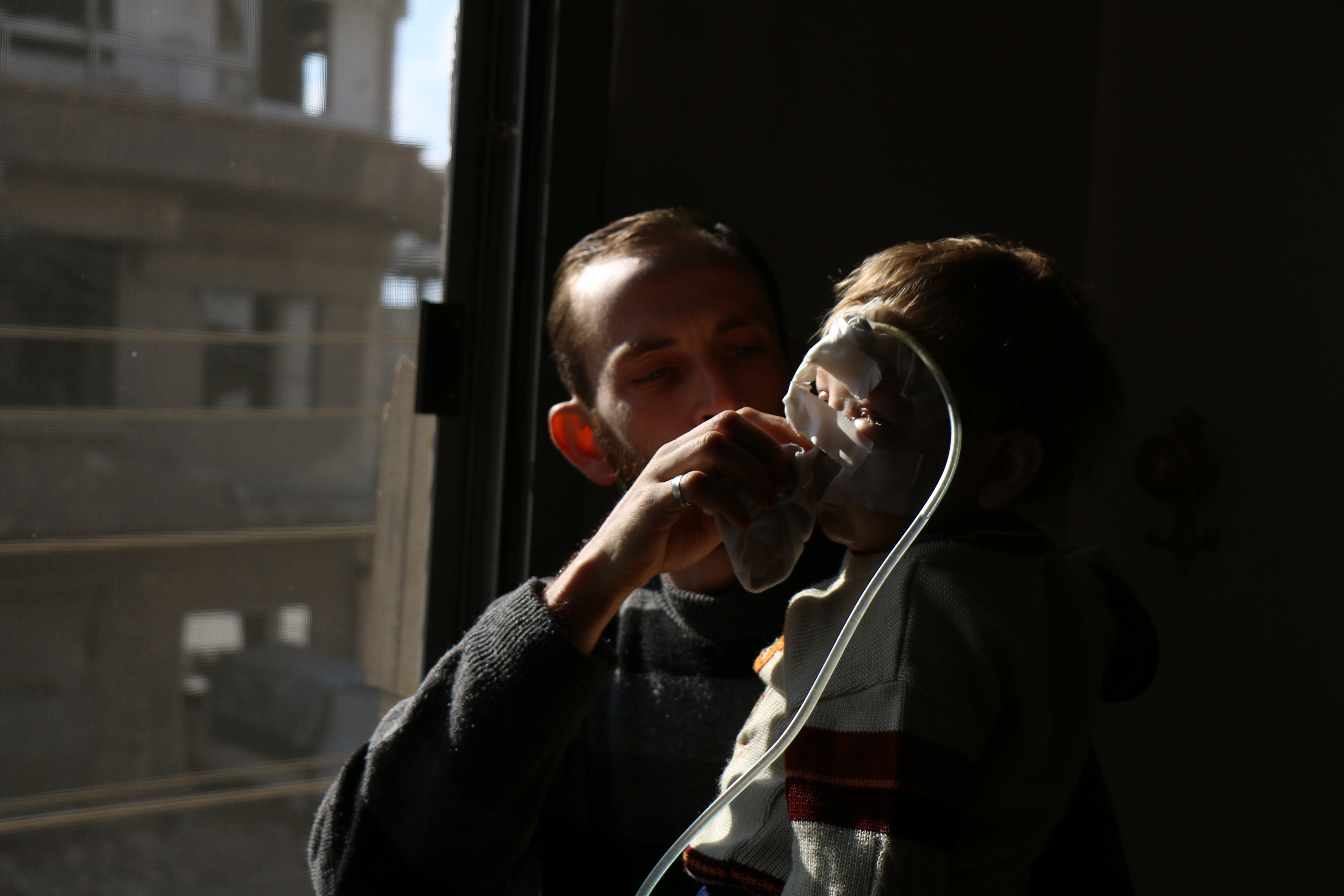 Images of Qasem after the attack that disfigured a large part of his face, leaving him unable to eat, speak or even cry. He is being fed through a tube. 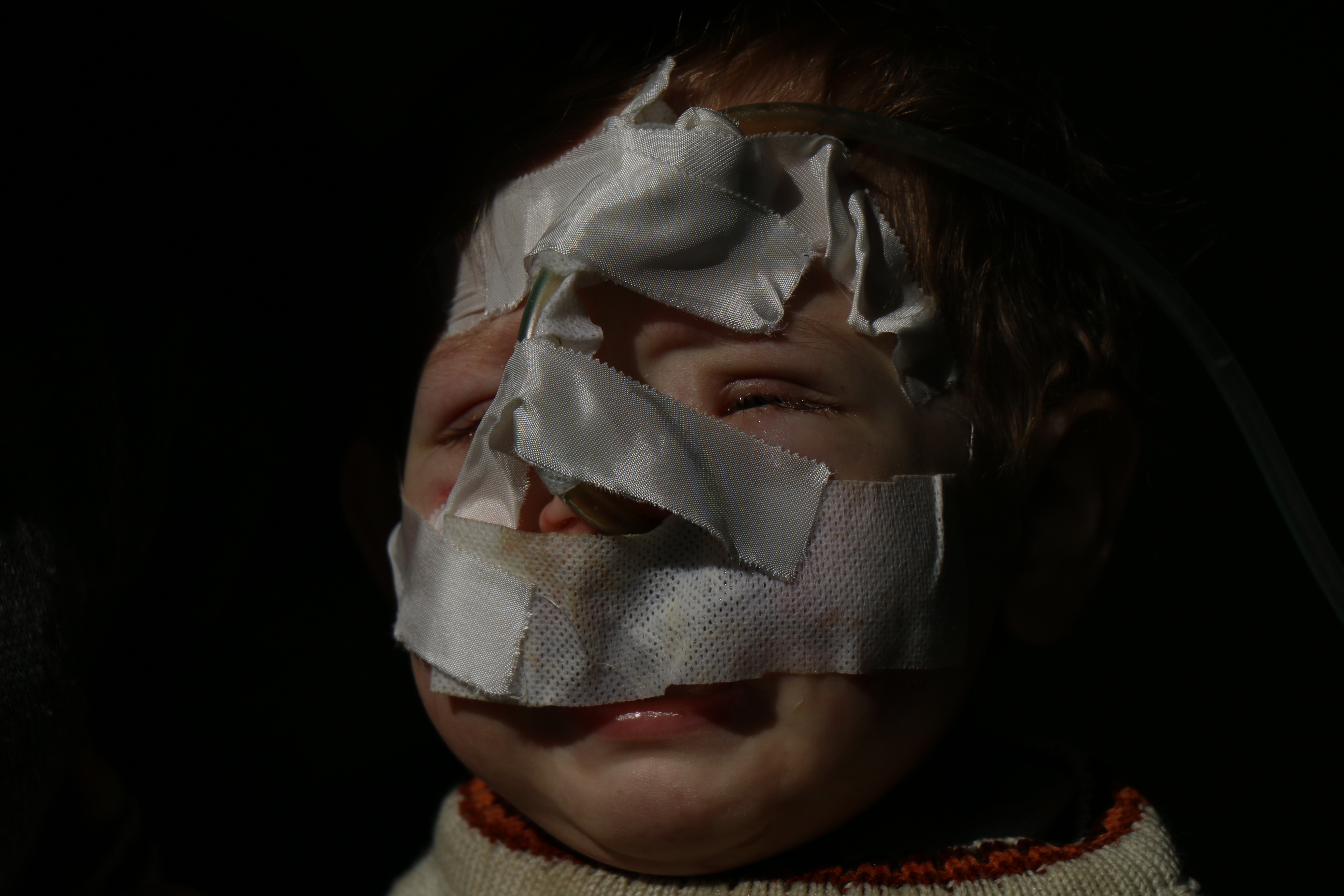 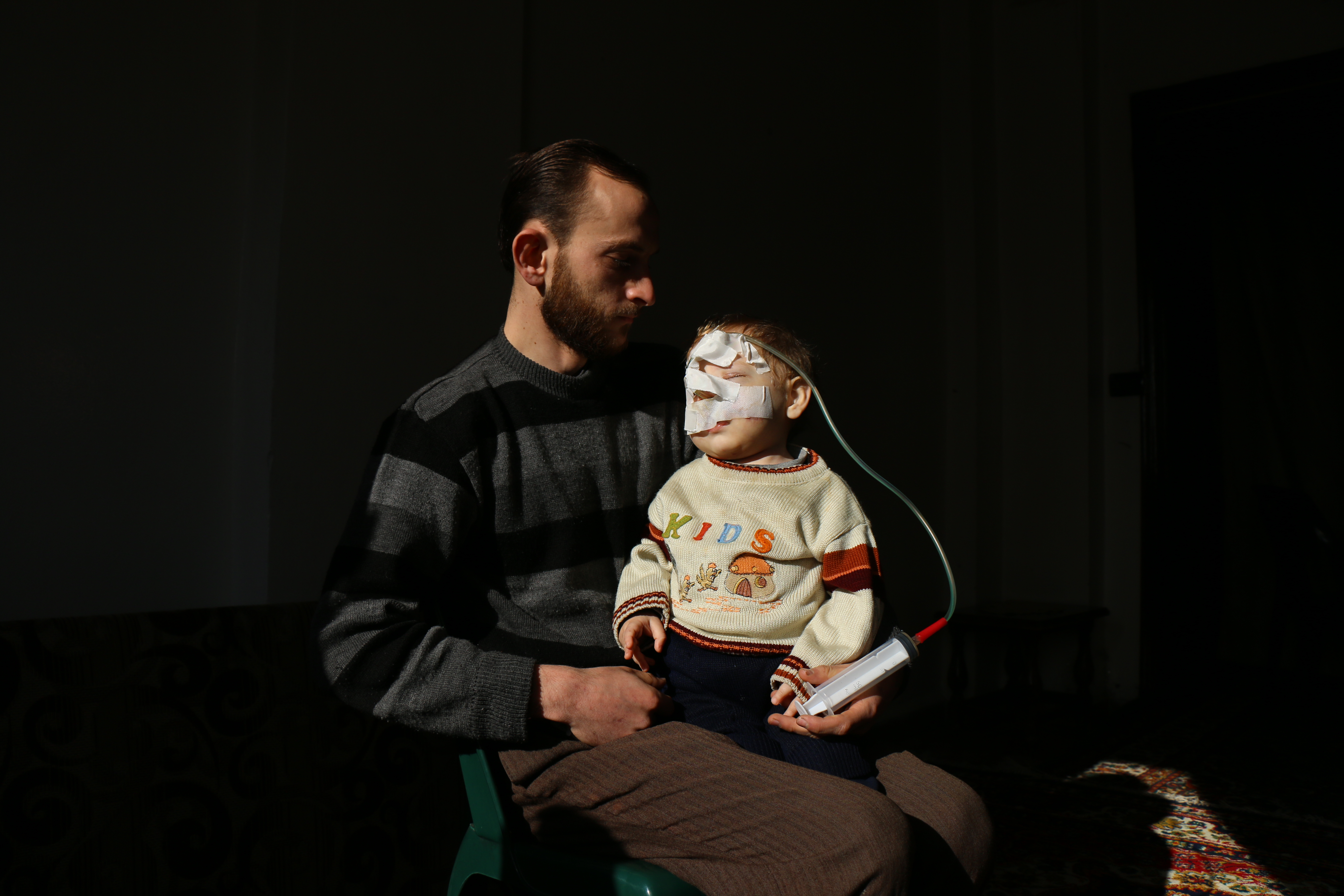 Before and after images of Qasem. 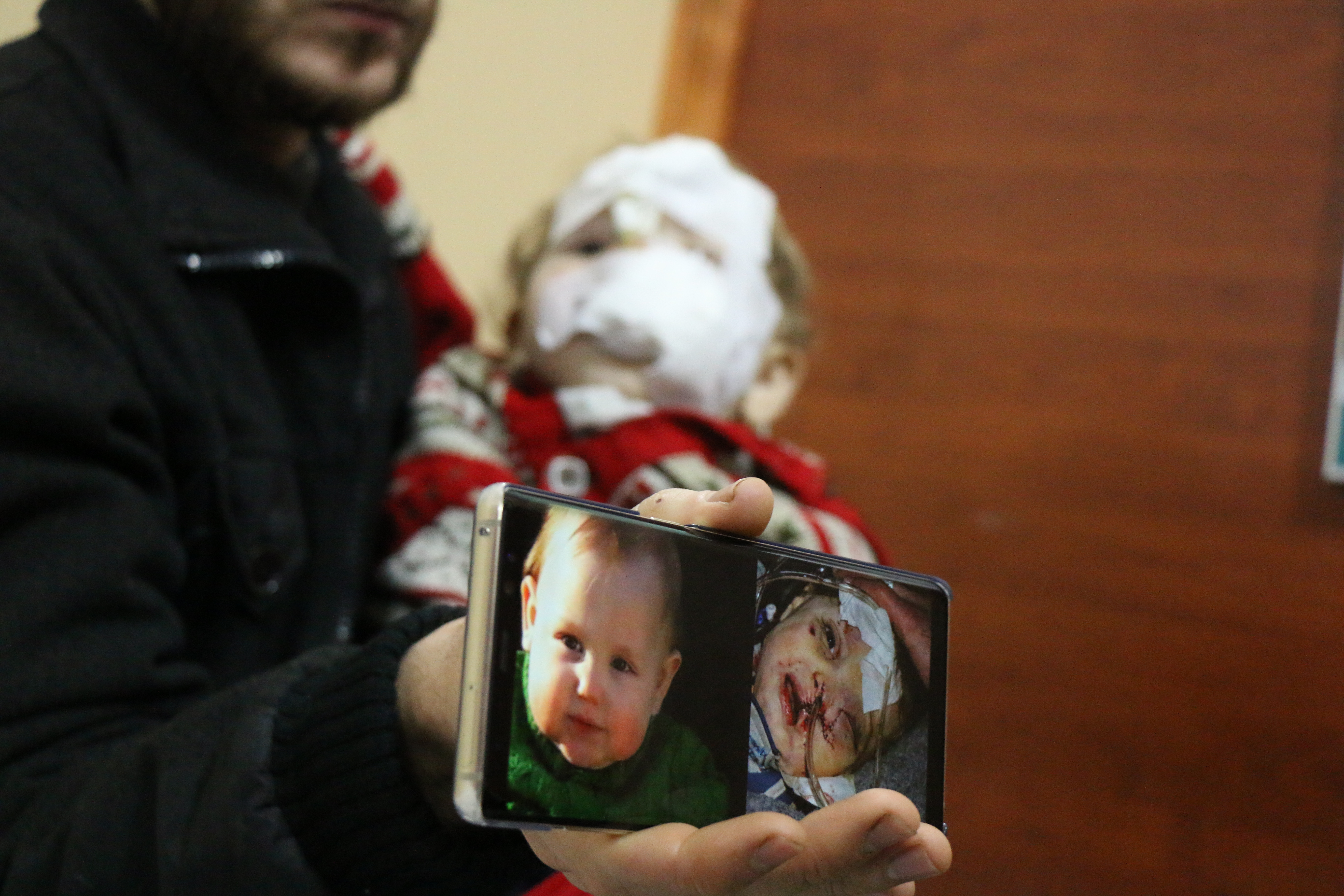