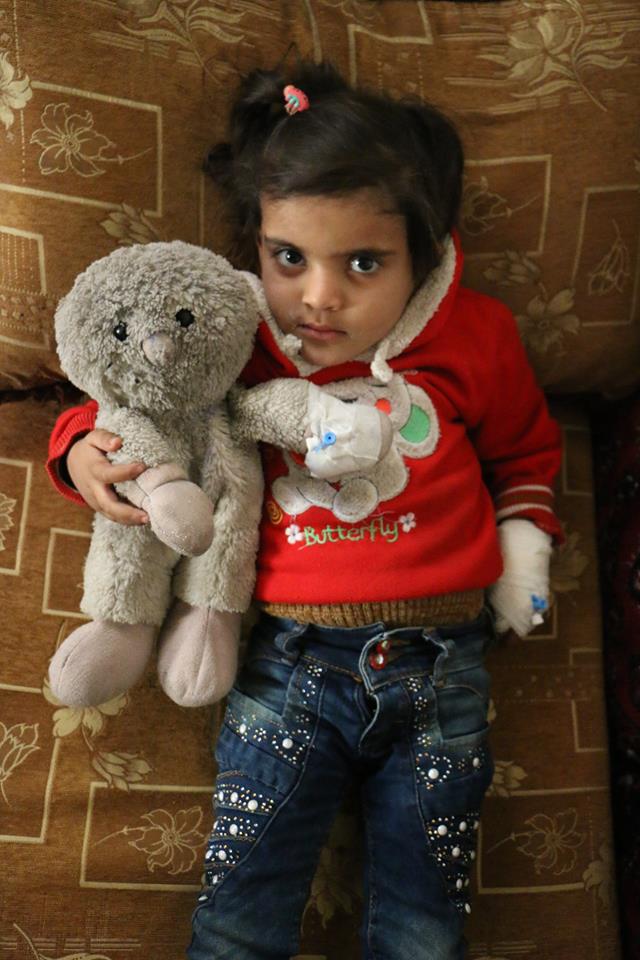 UOSSM USA calls for the IMMEDIATE medical evacuation of four-year old Rama Helweh from Eastern Ghouta to Damascus where she received cancer treatment eight months ago. Rama's mother, Diala, is seen in a video speaking of her desperate attempt to save her child's life. Rama is malnourished, diagnosed with lymphoma and has a malignant tumor in her throat which prevents her from swallowing most foods. Her last dosage of the required medication was eight months ago. Without immediate treatment, doctors fear she will not survive the coming weeks. Please scroll down to read the full press release: