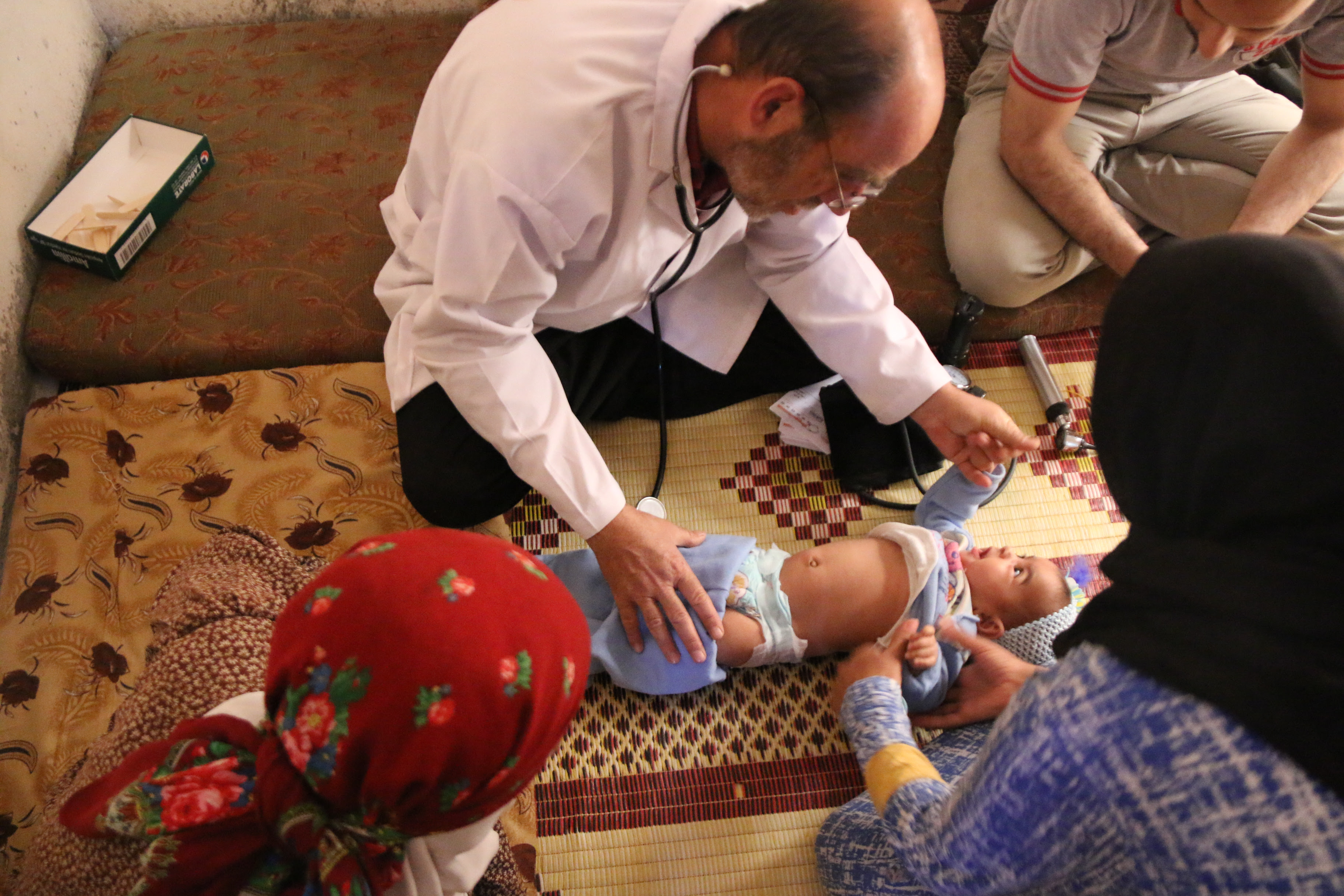 Since the surge of attacks in April, UOSSM has documented that 63 medical facilities in northern Hama and Idlib region have suspended operations due to extensive damage or safety considerations. The wreckage from these attacks included the regional ambulance system, which was supported by UOSSM.

In addition to launching mobile clinics and ambulances to meet emergency needs, UOSSM has expanded the geographical location of its services to broaden the scope of its reach. The image above shows a mobile clinic stationed in Kafr Losen's Ahmar Camp for displaced people, where  UOSSM provided medical and primary healthcare services. The mobile clinics aimed to increase the number of people to whom healthcare services are accessible, particularly displaced people.

Corresponding to the increasing attacks, the need to hospitalize those sustaining severe wounds and injuries has also grown. UOSSM-Canada is in discussion with Islamic Relief Canada for a partnership to support Sarmada Clinic, a rehabilitative and post-operative centre part of the Bab Al-Hawa Complex, that will address the need to hospitalize patients who have sustained severe injuries 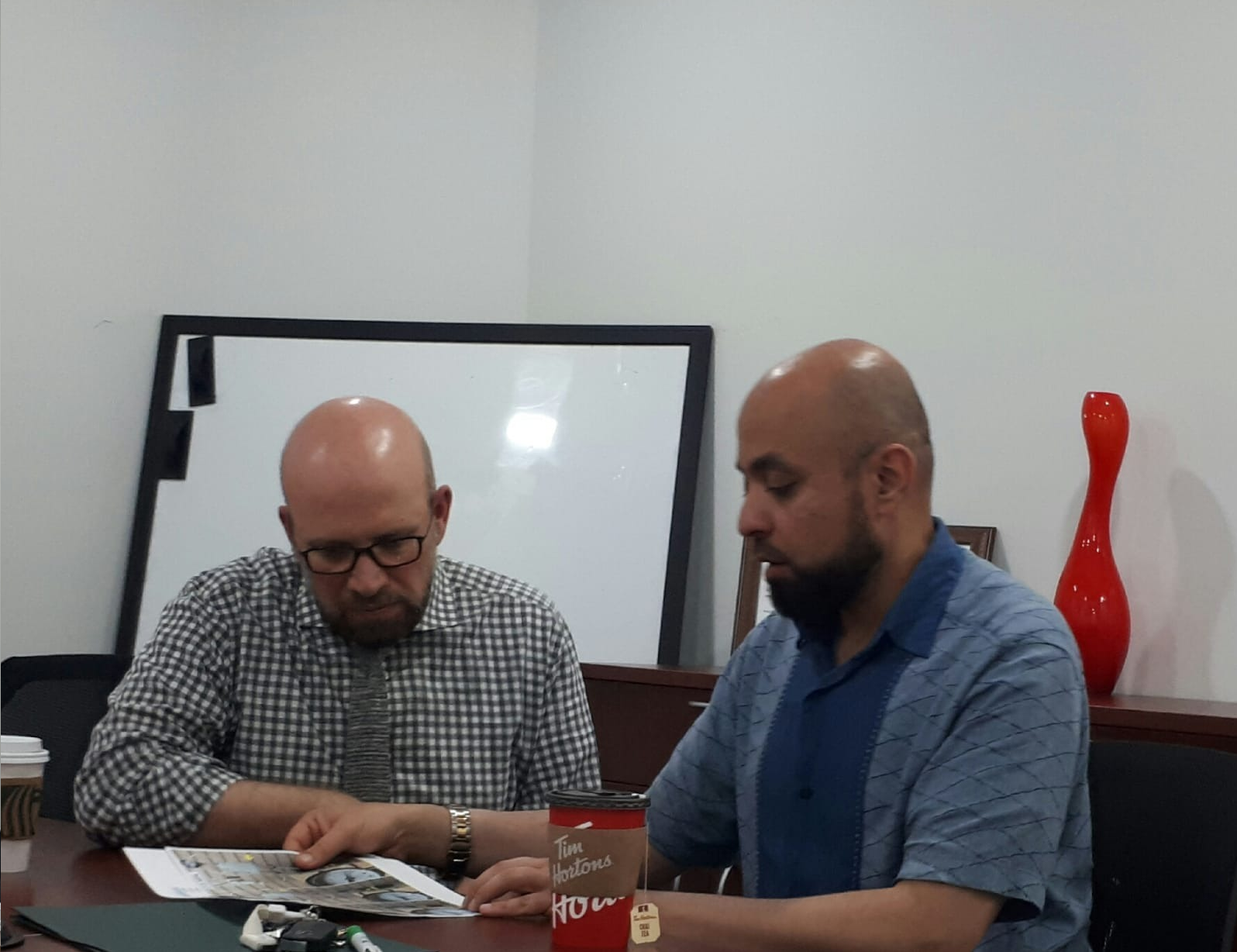 UOSSM-Canada held a meeting on June 18th with Dr. Hisham Alshaer, the CEO of Pragmatic Innovation. Since deploying his invention, a manual version of the Vacuum Assisted Closure device, to hospitals across Syria, Dr. Al-Shaer has been working to set up a production line and industrial design that will scale up the product and enable the device to benefit victims of conflict worldwide. 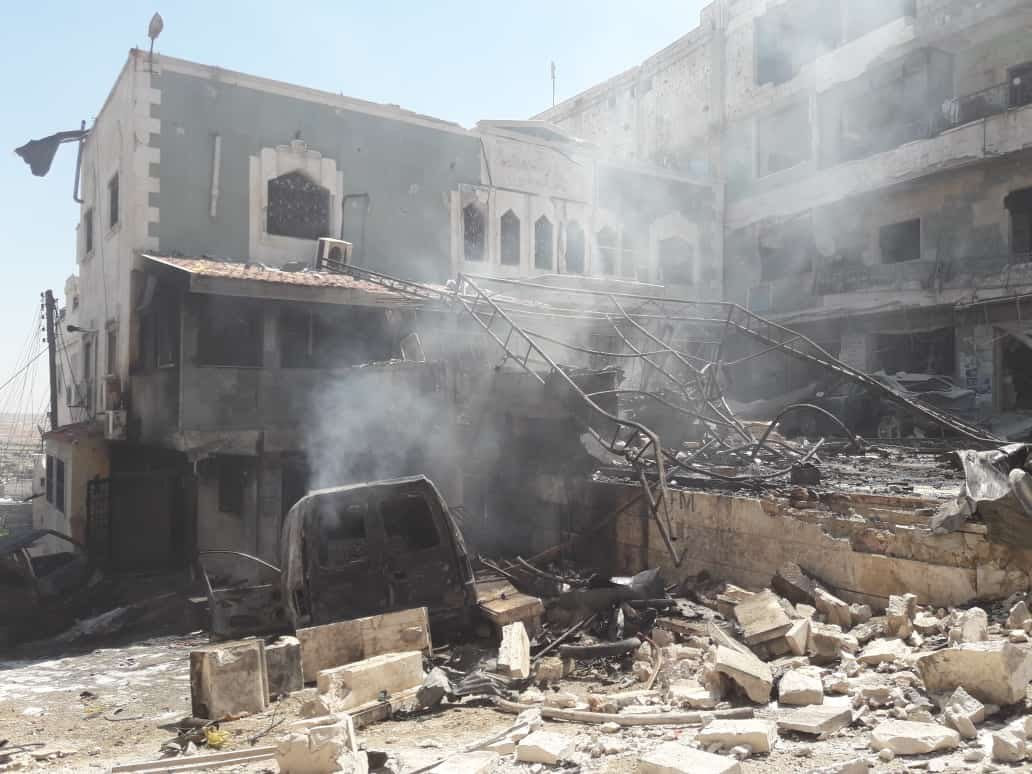 On June 13th, Dr. Anas Al-Kassem testified before the Subcommittee on International Human Rights of the Standing Committee on Foreign Affairs and International Development to attest to the critical situation in northwest Syria. The current Vice-Chair of UOSSM-Canada and co-founder of UOSSM, Dr. Al-Kassem has helped to set up field hospitals in Syria since the beginning of the conflict. During his testimony, Dr. Al-Kassem talked about the large number of and urgent medical needs of displaced people, as well as the ongoing threat to health infrastructure and health professionals providing medical aid. 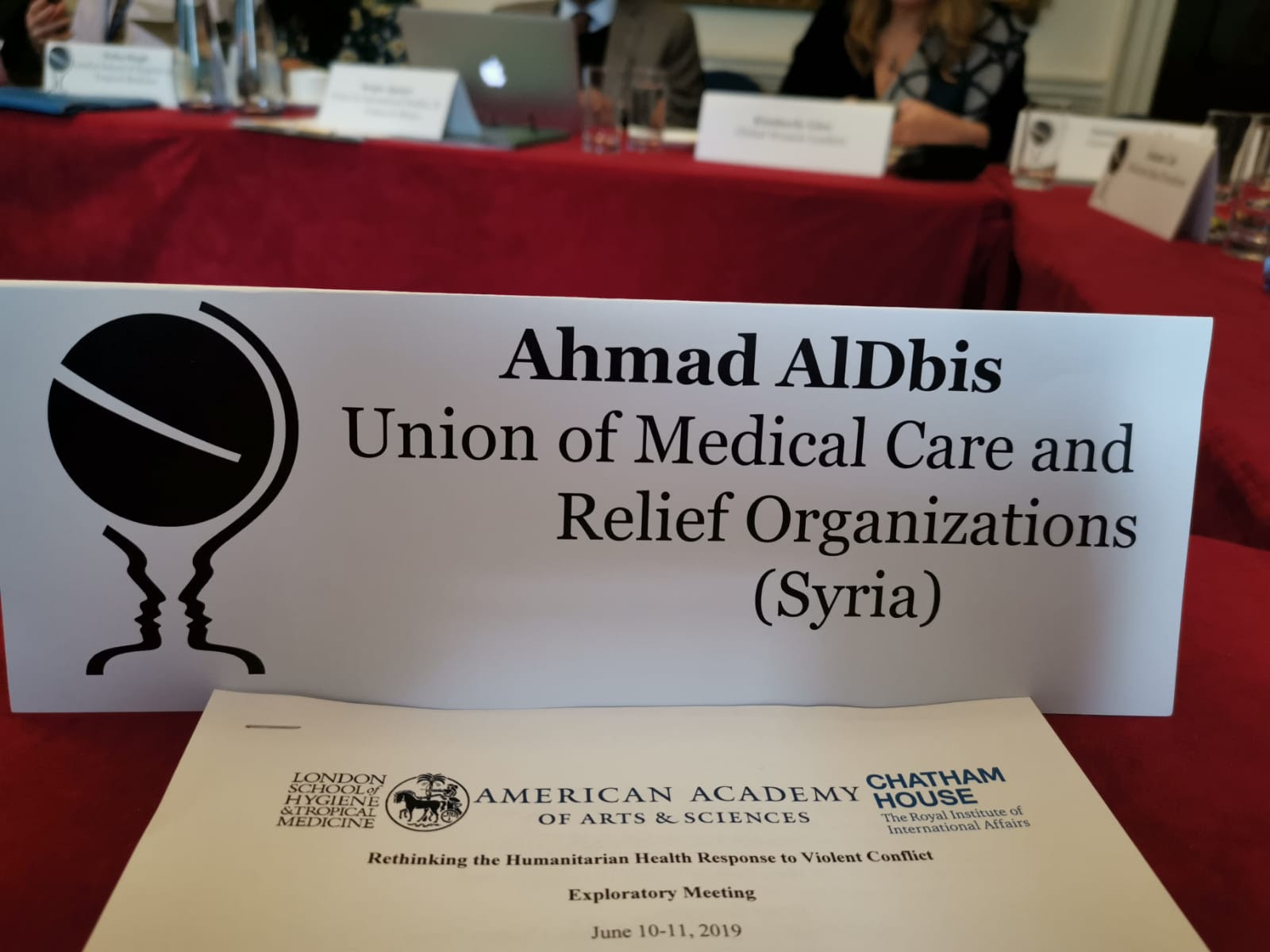 On June 10-11, UOSSM, represented by Dr. Ahmad Dbis, participated in a strategy meeting to define new approaches to enhance the effectiveness of humanitarian health interventions in areas of conflict. UOSSM was invited by the Chairman of the American Academy of Arts and Sciences and the London School of Hygiene and Tropical Medicine. The meeting took place in the Chatham House in London. The meeting was part of a broader initiative, entitled Rethinking the Humanitarian Health Response to Violent Conflict. The initiative aims to define new strategies for the provision of essential health services in areas of violent conflict by engaging political scientists, legal and security experts, health professionals, and humanitarians. 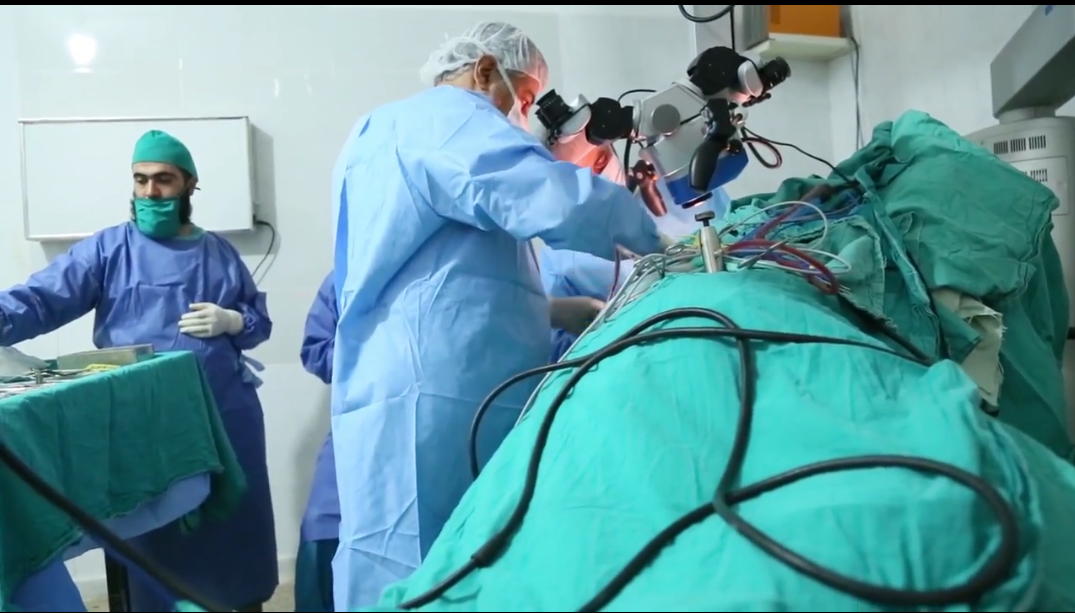 The Story of Mohamed: Recovery from Trigeminal Neuralgia

Mohamed, 23, was diagnosed with Trigeminal Neuralgia after awaking one night with "unimaginable pain". Trigeminal neuralgia is a chronic pain condition that affects the trigeminal nerve, which carries sensation from the face to the brain. The condition causes even mild stimulation of your face to trigger a jolt of excruciating pain. The pain was so intense that Mohamed contemplated suicide. According to Dr. Jalal Alnajjar, a consultant neurosurgeon at Bab Al-Hawa Hospital, the pain from this condition is debilitating and affects the patient's ability to eat or speak.

Mohamed took medication for a year with no signs of improvement to his condition. He was subsequently referred to Bab Al-Hawa Hospital, where he was treated through a minimally invasive procedure that is done through an entry point in the mastoid bone behind the ear.

Mohamed noticed an immediate improvement after the surgery. Four days after the procedure and his discharge from the Intensive Care Unit, he has made progress towards a full recovery and is thankful for his treatment team at Bab Al-Hawa Hospital.

Since 2012, UOSSM has been providing emergency medical relief and healthcare services to the Syrian people affected by the crisis, working primarily inside Syria and with Syrian refugees in Turkey.