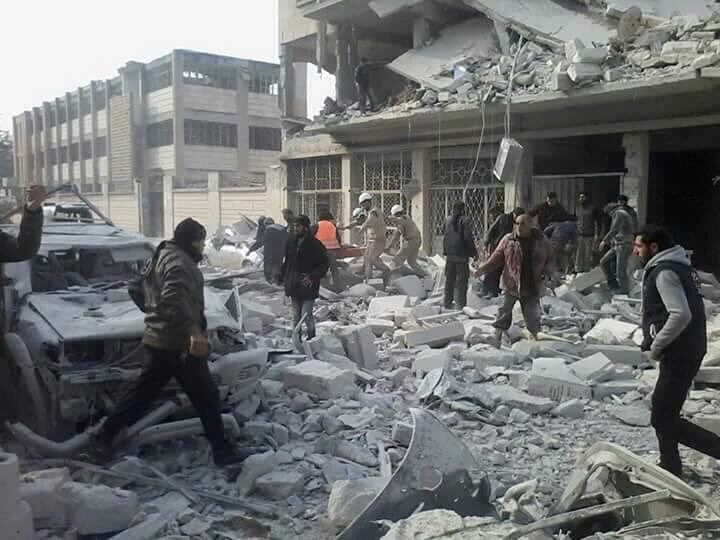 Sunday was just another day in Syria. Four missiles were launched from helicopter gunships killing at least 82 civilians. A large six story building collapsed and it is assumed many are still buried under the rubble. 196 civilians were also injured. This all came after the UN passed Resolution 2254 one day before stating, ” All parties immediately cease any attacks against civilians and civilian objects as such, including attacks on medical facilities and personnel.”