Yaseen; Another Child in Ghouta 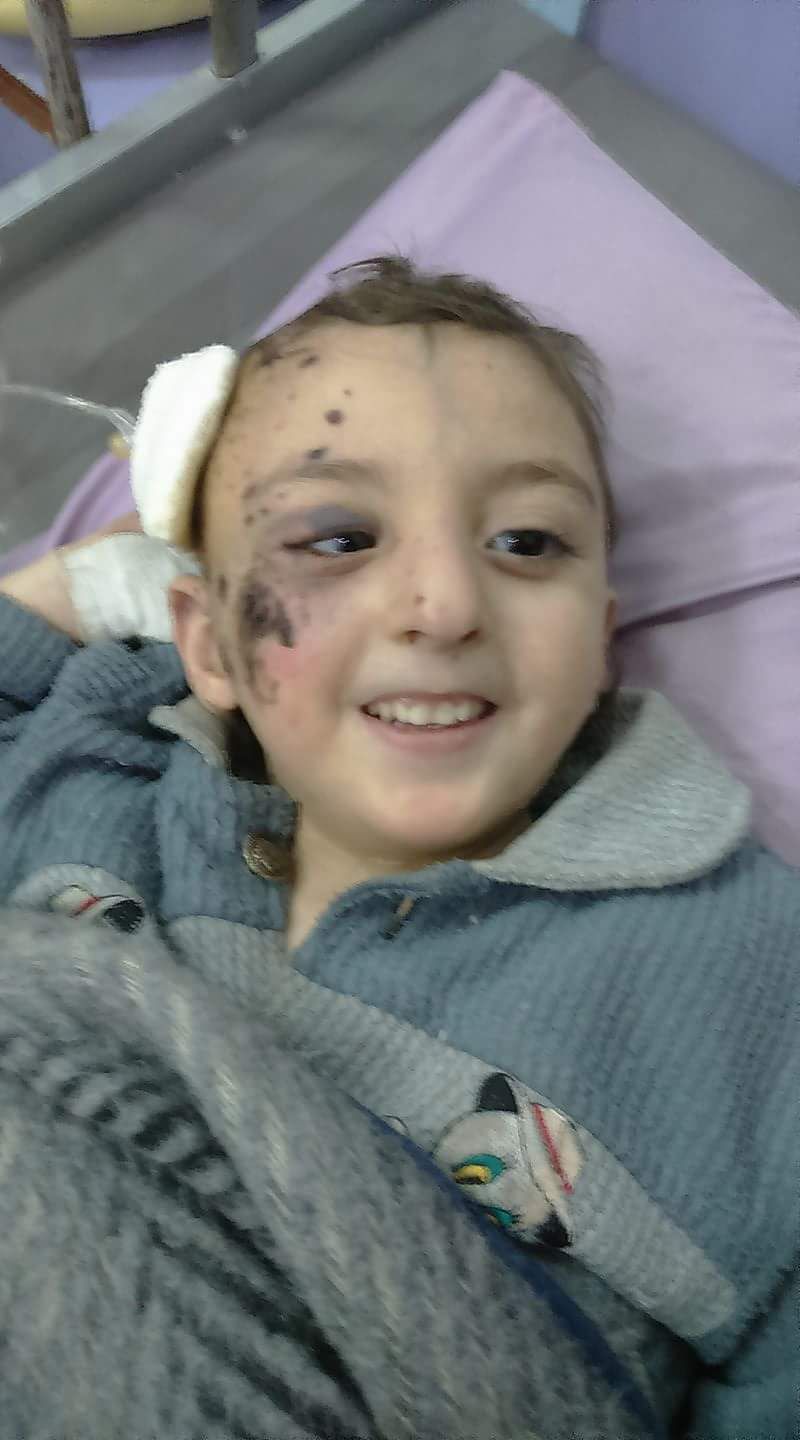 Dr. Amany Balour of Ghouta describes the resilience of a young boy named Yaseen, who has been through so much.

“There is nothing in this world more beautiful than Yaseen’s smile; because he is able to continue smiling despite everything. Yaseen is a child of war…of siege…of pain…of hunger…of illness.
Yaseen is three years old. He has spent his short life dealing with illness and doctor’s visits, because he has heart and developmental problems. Yaseen has been in the hospital for a few days, not because of his illness which he has gotten used to, but because a bomb hit his home in his bedroom in the middle of the night. He sustained a broken skull and leg, and his innocent face was bloodied with the pains of war. But Yaseen will get better… he will play and smile again in the sad land of Ghouta.He will remain a witness to the injustice, oppression, and pain that he and the children of Ghouta are experiencing.”