A second survey was conducted in August 2015 by trained survey collectors. Hospital managers provided the data for the following subjects:

The survey revealed many problems including a high shortage of medical staff, especially trained, specialized personnel.

The survey also showed a major lack of medical equipment such as:

The survey also showed the urgent need for engineers in medical science. Many hospitals were able to obtain medical equipment despite the situation, unfortunately many devices and equipment require maintenance or repair.

Approximately 50 X-Ray Machines, 6 CT-Scan Units, and 19 Respirators require maintenance. Many of these machines could be used once again given the proper maintenance. 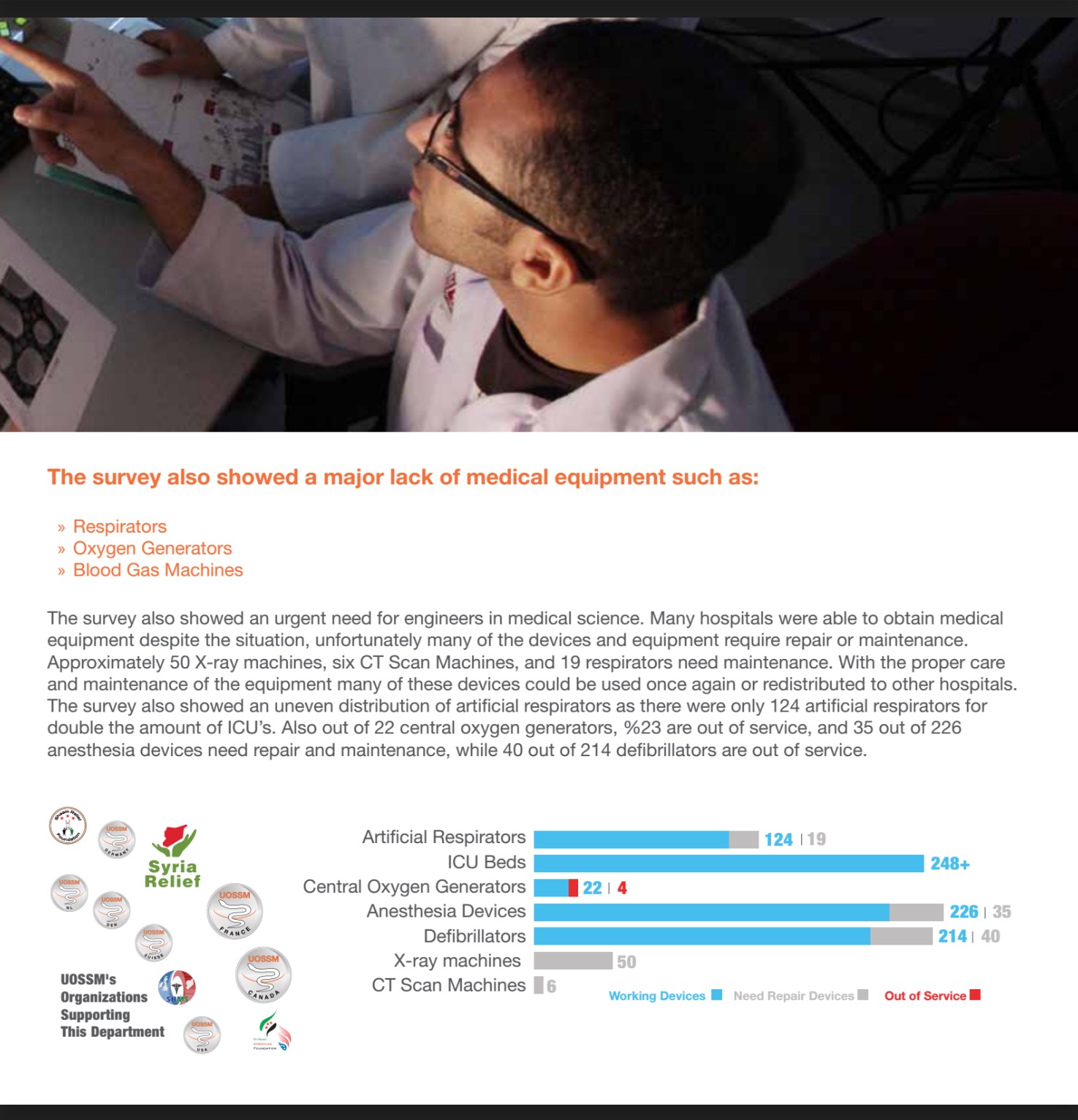