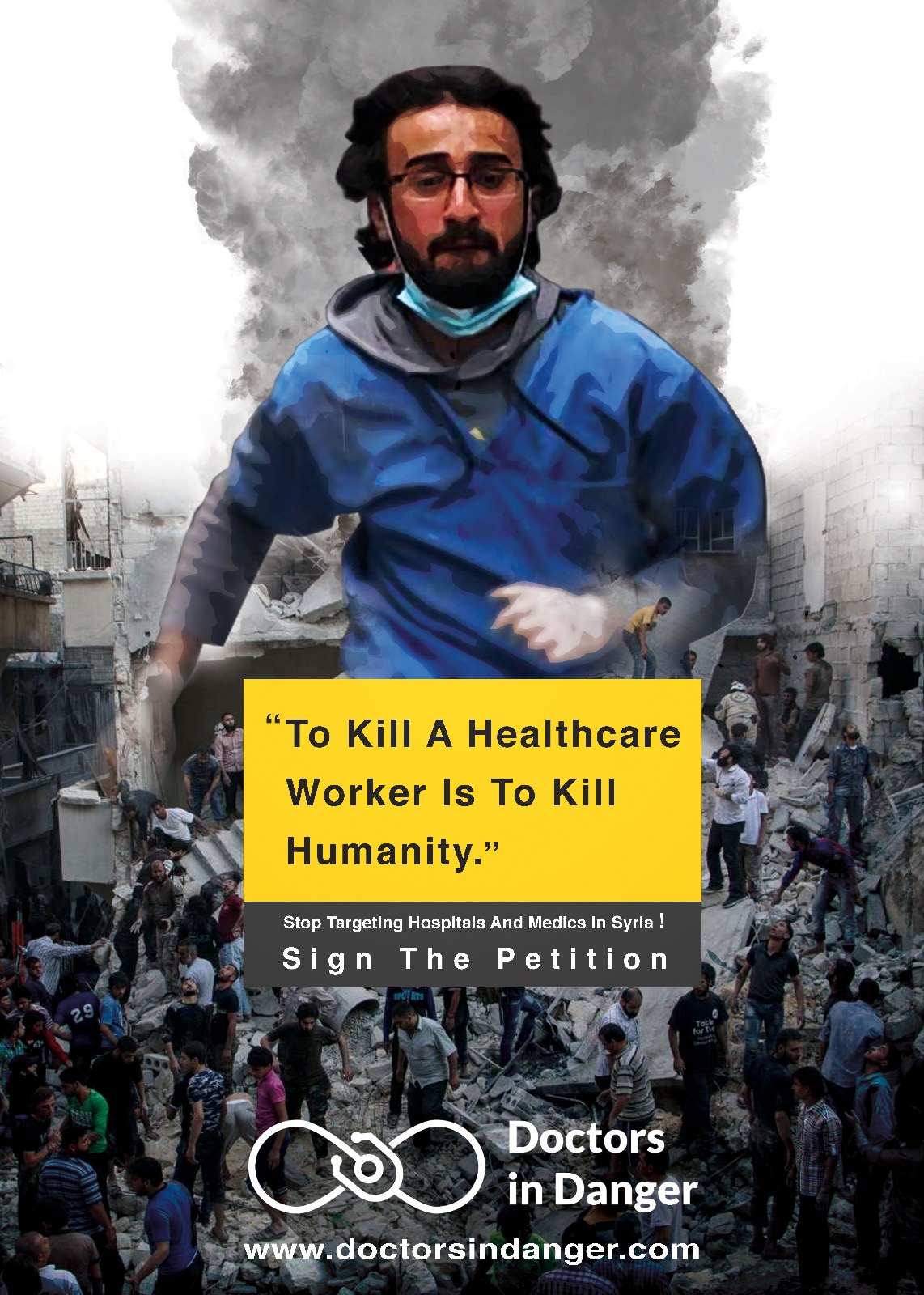 "To Kill a Healthcare Worker is to Kill Humanity"

Dr. Monzer Yazji, President of UOSSM USA, along with board doctors from all member organizations of UOSSM created a petition to call for an immediate stop to the attacks on doctors, medical staff and medical facilities. Over 150,000 people have signed the petition so far. This is all part of the "Doctors in Danger" Campaign launched by UOSSM.

Since the beginning of the crisis in Syria in 2011, at least 732 doctors and medical staff were killed. According to the UOSSM Syrian Hospitals Report, all 107 hospitals in Aleppo, Idlib, Latakia, Hama, Daraa, Quneitra and Homs were attacked at least once by a direct or indirect air strike in 2016. Some were targeted up to 25 times with an average of three attacks per hospital.

Since September there was a surge in violence as 18 medical facilities were attacked, most of which were at least partially put out of service, leaving thousands of vulnerable civilians with no access to medical care.