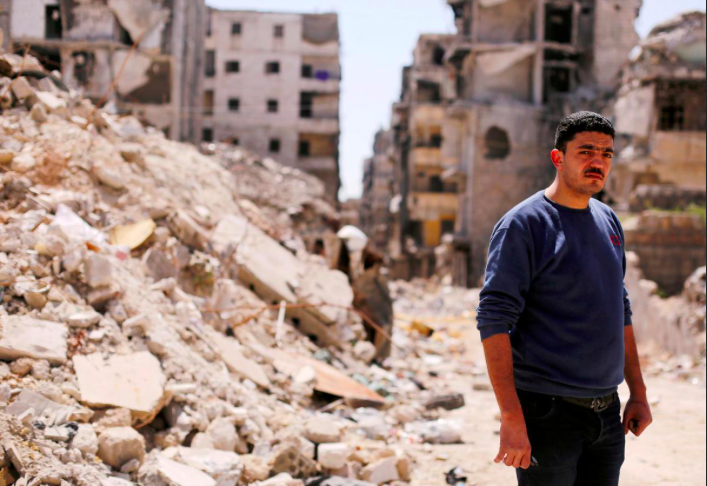 Thousands more people have fled violence in northwest Syria, the United Nations and UOSSM reported on May 23rd, as violence spiked in the region.

More than 200,000 people have now fled the violence since the end of April, the United Nations said, and are in urgent need of food and protection.

The Union of Medical Care and Relief Organizations (UOSSM), which provides assistance to health facilities, reported the number of displaced this month had spiked to more than 300,000.

Most of the displaced have sought refuge along the border with Turkey, UOSSM said, with camps springing up in the shadow of the frontier wall.

However, 44,000 people have moved to the regional capital Idlib and another 50,000 have gone to Maarat al-Numan, another large town where an air strike on a marketplace killed 12 people on Tuesday night.

Since the end of April, there have been 20 attacks on healthcare facilities and one on an ambulance, the United Nations said, putting 19 facilities that serve at least 200,000 people out of action. Some were hit more than once, it said.