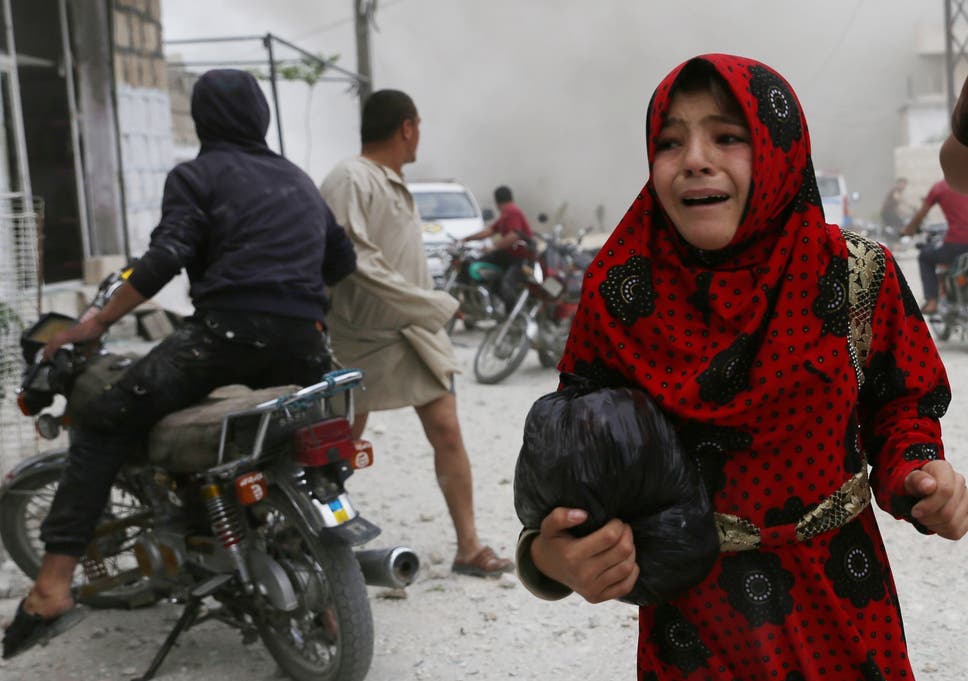 Doctors working in northern Syria will no longer share the locations of medical facilities after doing so failed to stop them being targeted by airstrikes. More than 25 hospitals were bombed in the past month.The coordinates of nine of those facilities were shared with the UN in an effort to protect them from being bombed and encourage some form of accountability for attacks. Instead, they also came under fire.

The move reflects a growing desperation on the part of doctors and medical staff working inside Idlib, as they struggle to treat patients while dealing with an unprecedented level of attacks on their facilities.

An open letter signed by dozens of doctors from around the world and published over the weekend said the targeting of medical facilities “has forced the hospitals that remain to operate under a state of emergency, only treating the most urgent cases and unable to take in patients for routine care”.

The targeting of healthcare facilities is not new in Syria’s civil war. The scale of violence has forced doctors to flee, hide, or face destruction.

Other organizations have taken to setting up mobile clinics, which can relocate to avoid being targeted. However, reports indicate even mobile clinics are being attacked. In addition, many mobile clinics cannot provide specific and specialized services.

Doctors had hoped that sharing coordinates with the UN would lead to some form of accountability for the frequent attacks, even if they didn’t stop them. However, some feel it has put them in greater danger.