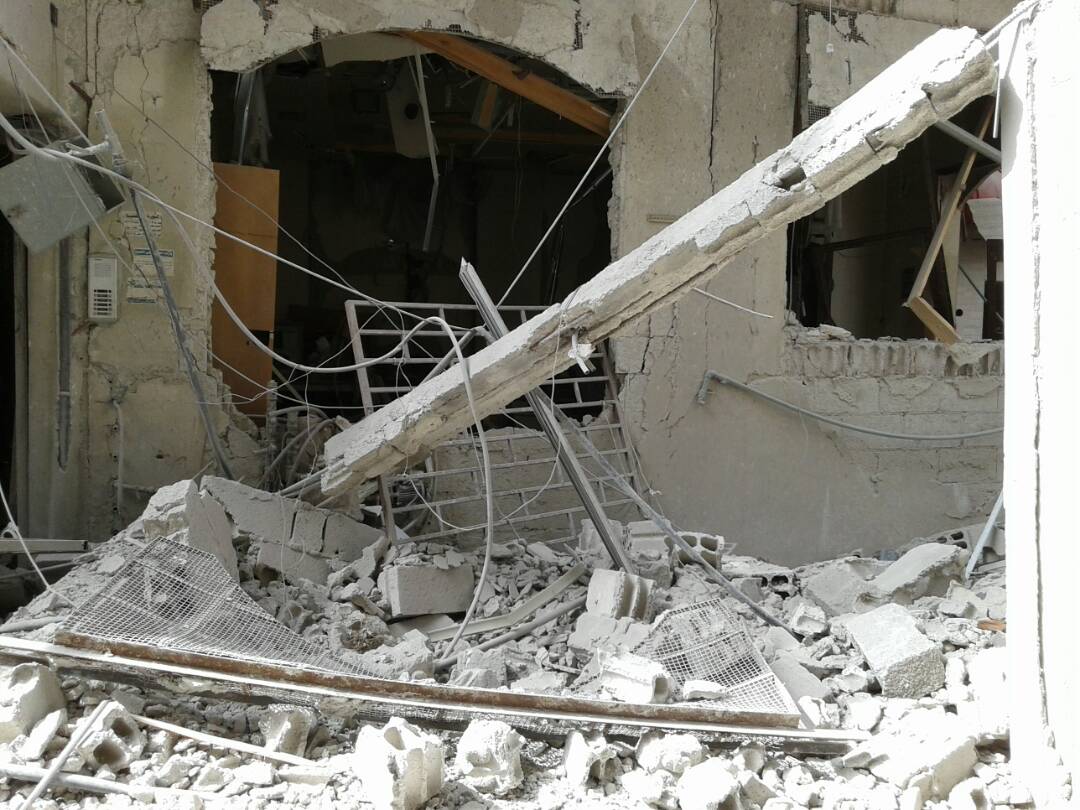 A UOSSM Primary Health Care Center in Misraba and a UOSSM office in Hammouria,were among the several area hospitals and medical facilities attacked within the past 24 hours under a wave of attacks on hospitals, buildings and “anything standing” in eastern Ghouta.  The bombardment has caused most of the inhabitants of the areas to be displaced into other parts of the city. An area doctor who chose to remain unnamed said, “Hammouria is under massive attacks causing a state of mass hysteria as every building is being bombed one by one, wiping out the entire area. The area has turned into a ghost town as everyone in the area has been displaced and all medical facilities were attacked.”

The death toll since February 18 has risen to over 1000, with thousands wounded as the area is under relentless bombardment.