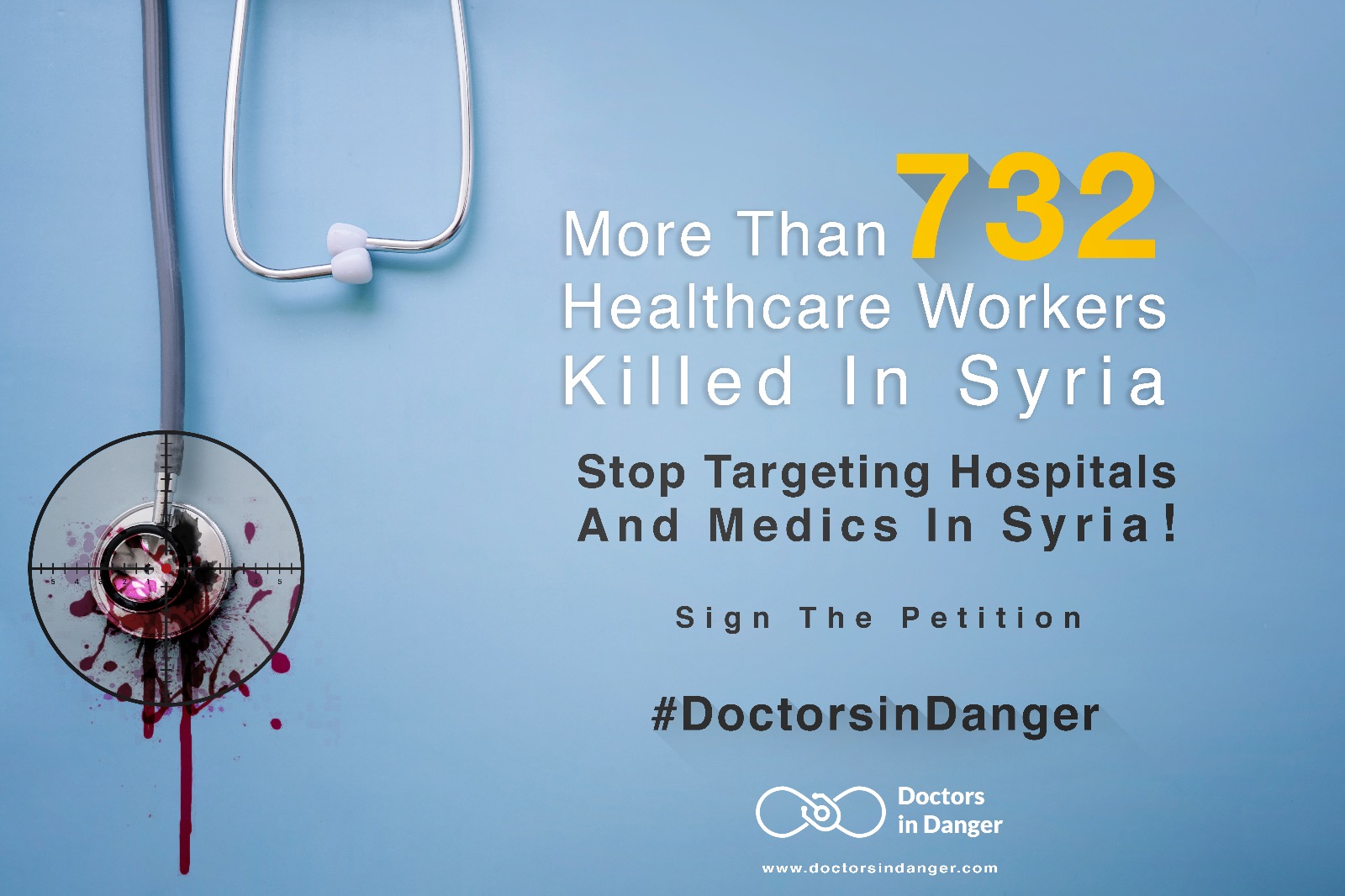 Doctors from around the world, organized by the aid agency UOSSM (Union Of Medical Care And Relief Organizations), under the campaign and hashtag #DoctorsInDanger, have united in protest against the targeting of medical facilities and staff in Syria. The petition already has 150,000 signatures and is growing by the day. The medical situation in Syria has hit a new low with over 732 aid workers killed. Please scroll below to read the full press release.