At 6:30 PM on April 28 the Al-Latamna hospital in Northern Hama, Syria was hit by an airstrike and put out of service. This was the second air strike on a hospital in less than 24 hours. The airstrikes caused major damage to most of the hospital’s sections and destroyed one ambulance. No injuries or casualties were reported. 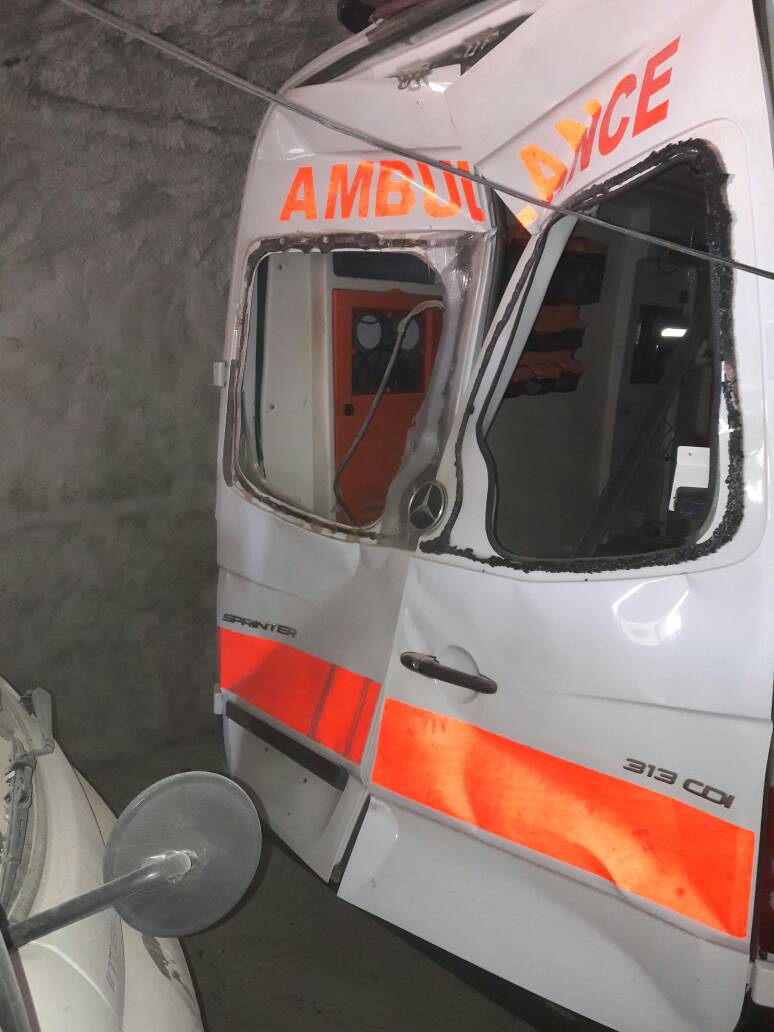 The hospital provides emergency services and includes a surgical department and a pharmacy to provide medical services to the northern Hama countryside. After yesterday’s attacks, the last two hospitals in the northern and western countryside of Hama have ceased operating. There is no longer an emergency center to receive civilians with severe trauma injuries caused by the continuous shelling of the region. Thousands of IDPs (internally displaced persons) in the region are left without any medical care at a time when it is most needed.
On Sunday April 28 at 1:30 pm the Al Madiq Hospital in Northern Hama, Syria was hit by an air strike and heavily damaged. There were no injuries or casualties and the facility is now out of service. The hospital, which was supported by UOSSM until the end of March, was one of the few remaining operating hospitals in the region and served as a women and children’s specialty facility. The facility offered maternity services, child services and general surgeries serving approximately 8,000 beneficiaries a month. Five civilians were also killed in the region during the same wave of airstrikes.UOSSM denounces attacks on medical facilities, aid workers and civilians. These attacks clearly constitute a war crime and perpetrators must be held accountable by the international community.
VIDEO: https://drive.google.com/file/d/1_T0gwk5VRko98CQMKJasySR3iYwqx0eP/view?usp=sharing