Geneva, Switzerland- At 10:30 am Damascus Time on September 13, the Kiwan Hospital in Kanasarfa Village, Idlib was bombed by an artillery strike.  The facility was moderately damaged. One patient was injured by the attack with no fatalities reported. This marks the 52nd  medical facility attacked since the beginning of the military campaign on April 28, 2019. 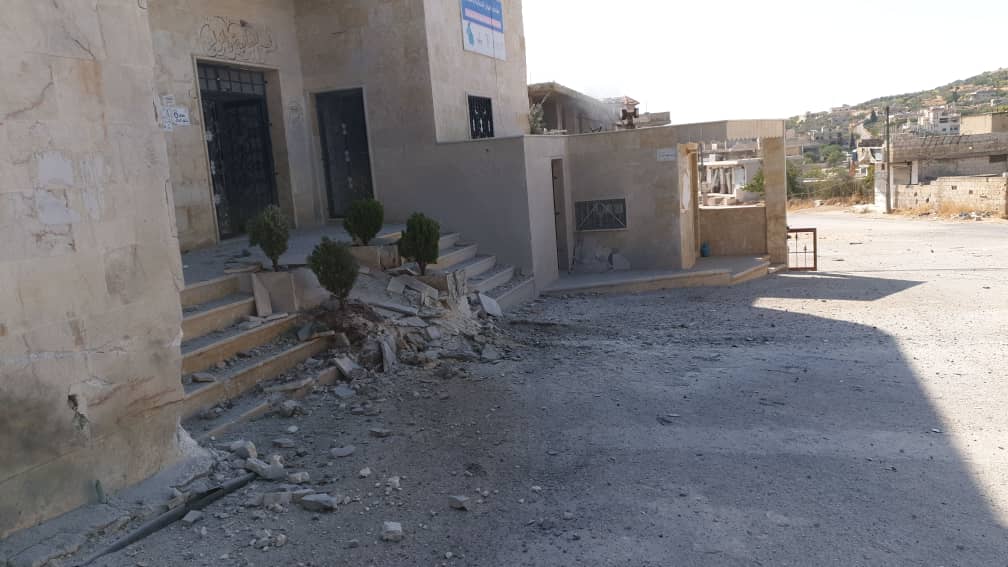 From April 28 til present, 902 people have been killed. Among them, 244 children, 164 women, and 30 humanitarian workers. The number of wounded has reached 1921 with over 50% of them being women and children, including 41 humanitarian workers. UOSSM doctors are worried that diseases might spread rapidly in crowded IDP camps, which lack the necessary sanitation and medical care.
UOSSM denounces the continuous attacks on medical staff and facilities. We call on the international community to protect medical facilities, schools, and civilian areas and prosecute violations of international humanitarian law.
Do you like this post?
Tweet