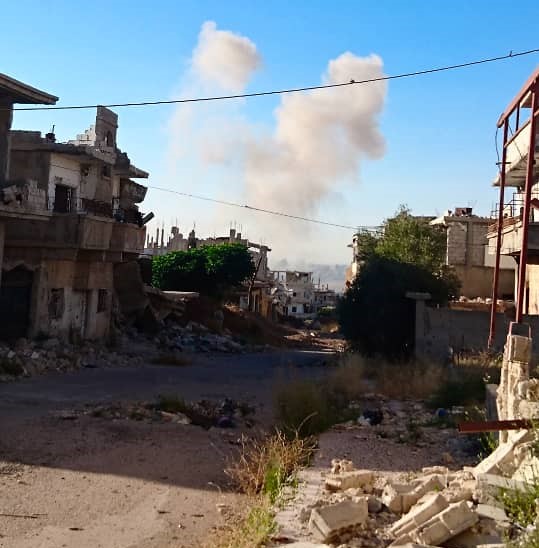 Yusuf Ayyash, a UOSSM warehouse worker was killed today at 7 p.m. Damascus time by an airstrike, along with his wife and daughter. This is the third UOSSM staff member to be killed in Daraa in less than a week.

As the besiegement of Daraa escalates, four hospitals and one primary health care center were attacked and put out of service. Nearly 60,000 people have been displaced by the violence since June 19 and have nowhere to turn after Jordan closed its borders and the western suburbs went under siege. Please click here to read the full press release. **WARNING-GRAPHIC IMAGES IN PRESS RELEASE.
Do you like this post?
Tweet