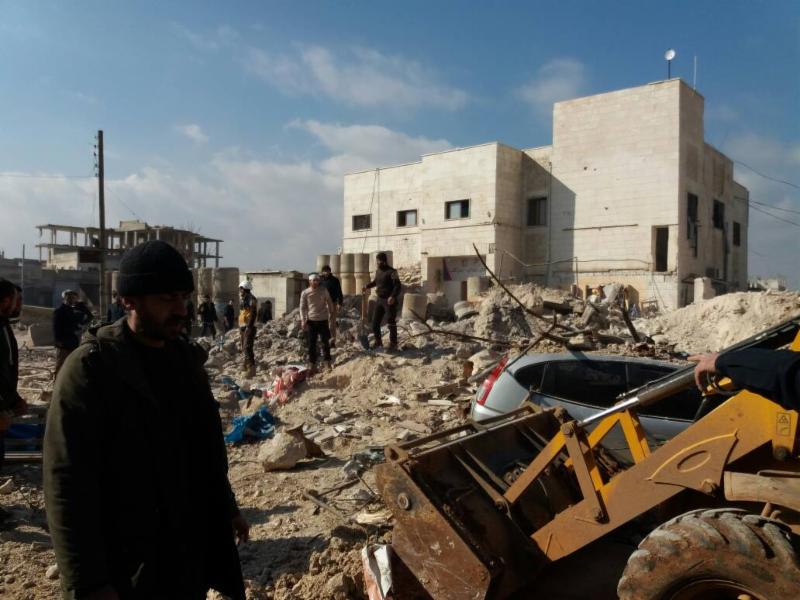 On January 29 at 11:30 a.m. Damascus time, The Owdai Hospital (also known as Al Ihsan Hospital) in Saraqeb, Idlib was hit by two airstrikes, killing five people, including one child and two women, and injuring six medical staff and several other patients. The hospital was severely damaged and put out of service. The 18-bed hospital was the only public hospital in the Saraqeb district. It served a population of 50,000 and performed 3,800 consultations month. The same hospital was attacked on January 20, and 21, causing moderate damage to the facility. Idlib Healthcare Authorities have declared that the city of Saraqeb is in a state of medical emergency. Please click here to read the full press release.